This article is part of our Academy Course titled Introduction to Nginx.


Want to be a NGINX Master ?
Subscribe to our newsletter and download the NGINX Ultimate Guide right now!
In order to help you turbo boost your Web server, we have compiled a kick-ass guide with all the major NGINX features and use cases! Besides studying them online you may download the eBook in PDF format!
I agree to the Terms and Privacy Policy
Sign up 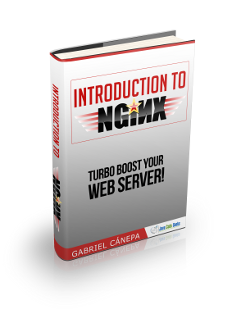 1. Introduction – The need for load balancing

Load balancing is a networking method for distributing workloads across multiple computing resources, such as servers, a server cluster (a group of servers that work together in such a way that they can be viewed as a single system), network links, CPUs, or other hardware components [1]. This technique is aimed at increasing both the capacity (supporting a large number of concurrent users) and the reliability of the backend applications by decreasing (or balancing, to be more accurate) the burden on individual servers or nodes. For that same reason, load balancing also provides redundancy and disaster recovery capabilities.

Using Nginx, we will set up a layer-7 load balancer (which will distribute requests based upon data found in application layer protocols such as HTTP and FTP).

In order for us to set up a load balancer, we will need 2 modules: the proxy module and the upstream module. Both are built into Nginx by default.

As before, we will work with the nginx.conf file, which is located in the /usr/local/nginx/conf directory.

Insert an upstream directive block inside http { } (see Fig. 1). You can name this block as you like (app_rack in the example below). The server directive assigns the name and the parameters of server. “Name” can be a domain name, an IP address, port or unix socket. If domain name resolves to several addresses, then all are used. There are several extra parameters available, but we will explore them later.

This way we have three servers – all of them running a simple PHP script that can be served by an instance of Apache (see Fig. 2).

As we mentioned earlier, the server directive that appears within upstream blocks accepts several parameters that influence the backend selection by Nginx: That being said, if we want to ensure that all requests from the same visitor always get processed by the same backend server, we need to enable the ip_hash option when declaring the upstream block.
Now it is time to “play around” with the parameters discussed above. Let’s take a look at our modified nginx.conf file (see Figs. 3a and 3b).

Figure 3a: The upstream block in the nginx.conf file

Figure 3b: Redirecting requests to the servers listed in the upstream block

With the above settings, we can expect that the CentOS 6.4 server (IP 10.0.2.14) will get twice as much traffic as the other two backend servers. The presence of the ip_hash option will ensure that each request from a certain visitor –actually, from a certain IP- will be served by the same backend server.

Figure 4: Nginx returns an error page while trying to forward the request to a backend server

Since we are instructed to take a look at the error log, that’s what we’ll do (see Fig. 5)

It seems as though all of the upstream servers are down!

The backend server #2 is pingable. So what else could be wrong? After running

in the CentOS 6.4 server we find out that Apache is not running. We can start it with service httpd start.

The test.php file was served by the CentOS 6.4 server.

We will go ahead and edit the nginx.conf file again (see Figs. 7a and 7b).

Figure 7a: The requests will be served by either the Debian or the CentOS server

Figure 7b: Since the Debian and CentOS servers have been marked as down, all the requests will be forwarded to the local Ubuntu 12.04 server

With the upstream block show in Fig. 7b, the php file will be served by the Ubuntu server (see Fig. 8)

Figure 8: The php file is served by the Ubuntu server, which is marked as backup

Now, say that we have an application (running on the 3 servers) that is drawing high traffic. How can we know which server is receiving each request from the frontend server? That is where the embedded variable $upstream_addr –which is built-in into the upstream module- and the log_format directive come into play.

Now let’s modify the upstream block once again (see Fig. 11) in order to forward traffic to the 3 servers.

Figure 11: Modifying the upstream block in order to forward requests to the three backend servers

Now restart Nginx and, finally, let’s see what the access log shows (see Fig. 12) after refreshing the browser’s windows a couple of times:

You can download the configuration file of this tutorial: LoadBalance_conf.zip