This is a Bash Environment Variables Tutorial. There exists two types of variables: 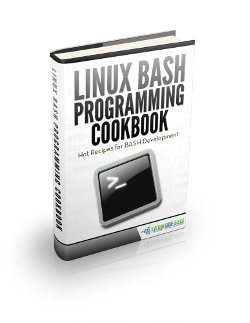 
Apart from dividing variables in local and global variables, we can also divide them in categories according to the sort of content the variable contains. In this respect, variables come in four types:

The details and differences of the types will discussed in another article.

Variables are case sensitive and capitalized by default. Giving local variables a lowercase name is a convention which is sometimes applied. However, you are free to use the names you want or to mix cases.

Variables can also contain digits, but a name starting with a digit is not allowed:

The Output of the Shell Script

To set a variable in the shell, use

Putting spaces around the equal sign will cause errors. It is a good habit to quote content strings when assigning values to variables: this will reduce the chance that you make errors.

An example how to set a variable with space, upper- and lowercase letters: An Example about System Environment Variables

In order to pass variables to a subshell, we need to export them using the export built-in command. Variables that are exported are referred to as environment variables. Setting and exporting is usually done in one step:

A subshell can change variables it inherited from the parent, but the changes made by the child don’t affect the parent. An Example how to export an Environment Variable

These variables are set or used by Bash, but other shells do not normally treat them specially.

The following image shows an Example, how to display reserved Environment Variables:

An Example how to set a local Environment Variable

The shell treats several parameters specially. These parameters may only be referenced. Assignment to them is not allowed.

The positional parameters are the words following the name of a shell script. They are put into the variables $1, $2, $3 and so on. As long as needed, variables are added to an internal array. $# holds the total number of parameters, as is demonstrated with this simple script:

The following GUI shows the result of calling the Shell-Script with four parameters: An Example of an invalid Environment Variable Name

This was a simple Example about Bash Environment Variables. We have discussed how to set, to display, to export local and global Variables. We also learned some Reserved Variables, which depends on the given Shell. Finally we have written a Script to demonstrate the Usage of Special Parameters.